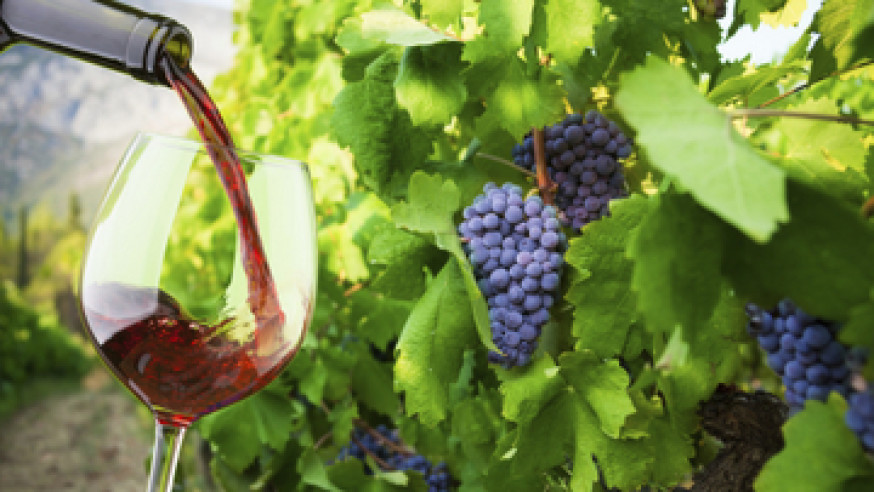 Gourmet visitors to Lake Maggiore will be delighted to sample the full-bodied, fragrant wines that are the perfect accompaniment to the traditional dishes of the area, from the gentle hills of the Novara area to the lake and the high valleys beyond.

Pride of place must go to the wines of the Novara hills, such as Ghemme Docg and Nebbiolo Doc, or Barbera, or Vespolina DOC. But the terraced hillsides of the Ossola valleys also offer wines that encapsulate the flavour of the mountains: Prünent, Neuv Bruschett and Cà d’ Matè. Again, the wines of Angera on the lake shore provide a different taste experience.

The most outstanding wine of the Novara Hills must be Ghemme DOCG.

A red wine with an intense perfume and a particularly well-structured taste, it was awarded the DOC denomination (wine from a specific, well-defined region) as early as 1969, and has been classified as a DOCG wine (DOC but with more stringent quality controls) since 1997.

The Ghemme DOCG wine is produced in the Province of Novara, in the country around Ghemme and Romagnano Sesia, from grapes of the Nebbiolo, Vespolina and Uva Rara varieties.

A full-bodied red wine, it should be drunk at a temperature of 18°C, and goes well with braised red meat, game, hare, boar, donkey and hard cheeses.

The wines of the Colline Novaresi DOC (“DOC” means “ produced in a specific, well-defined region”) are Piedmontese wines produced in the Novara Hills area. There is a grand total of 7 DOC wines which belong to the wine heritage of Novara.

Piedmont is famous for its excellent wines and for the rice fields which are such a prominent feature of the landscape. The mid-Novara area between the Sesia and Ticino rivers and bordering on the province of Vercelli is a gourmet’s paradise, where the traditions of good food and wine are still genuine and jealously guarded.

The gentle Novara hills are characterised by neat rows of vines, sparkling waters and great rice fields, which provide a fascinating natural environment with the added value of the heritage of food and wine it produces. The land is particularly favourable for growing grapes, so it is not surprising that the DOC and DOCG wines produced here have a prestige and a reputation that go back to Roman times.

The villages of the Novara hinterland conserve their essentially rural character, and are rightly proud of their status as “wine villages”, with traditions handed down through the centuries.

West of Novara is the picturesque hamlet of Gionzana, where you can visit the Oratory of the Madonna del Latte (“Virgin of the Milk”) and the Cascina Canta farm which sill grows top quality organic produce. Continue via Casalbeltrame to San Nazzaro Sesia with its beautiful 12th century Romanesque abbey. The area to the north, towards Casaleggio, is occupied by a succession of rice fields and farms where you can try the superb local gorgonzola and the traditional goose salami. And farther on is the area of production of the world-famous wines of Fara, Sizzano, Ghemme and Gattinara.

If you are in the Ghemme area in September, don’t miss the “In Vino Qualitas” event, with guided tours of local vineyards, wine fests, conferences, and opportunities to try local wines and food specialities.

We also arrange Team building associated with wine, like a blind wine tasting on Isola Bella.

We can arrange your wine  tour from Lake Maggiore, leaving from Arona, Stresa, Baveno, Pallanza and Verbania and many other towns around the lake.