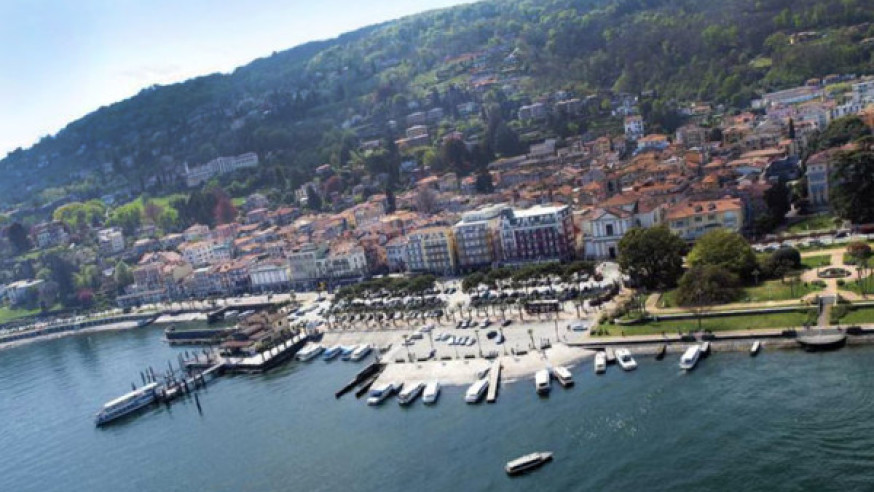 Stresa is iternationally recognised as the jewel of Lake Maggiore,  is one of the most exclusive tourist destinations on Lake Maggiore.

This little “strip of land” (the name Stresa derives from “Strixia”, mentioned in a document of 998, which had this meaning) has been transformed over the centuries from a peasant settlement into what became an exclusive holiday resort first for the aristocracy, and later for wealthy bourgeois entrepreneurs from Lombardy.

When in 1748, after decades of Austrian rule, Stresa and the whole of the western shore of Lake Maggiore fell to the Savoy dynasty, the lakeside town embarked on a long period of prosperity, in part the result of the great 19th century improvement in infrastructure represented largely by the Napoleonic road across the Simplon Pass and the railway tunnel.

Today Stresa still retains its aristocratic glamour, which is one reason that it has become a favoured venue for international conferences and events, hosted at the modern Palazzo dei Congressi (Conference Centre) or in the many luxury hotels that line the lakefront.

The real heart of the town must be this superb lakefront: an elegant promenade with luxurious gardens and colourful flowerbeds, it lies between the incomparable spectacle of the Borromean Gulf on the one side, and the opulent townscape of 19th century villas and Baroque- and Art Nouveau-style luxury hotels on the other, including the splendid Villa Bolongaro.

The centre of Stresa, radiating from Piazza Cadorna, is full of shops, cafés and restaurants evoking the atmosphere of the Belle Époque which illustrious travellers like Stendhal, Chateaubriand, Dumas, Dickens and Lord Byron described in their writings.

The prestigious events held in Stresa each year include the concerts of the Settimane Musicali di Stresa and Lake Maggiore, a classical music festival which brings the finest musicians and orchestra conductors in the world to the shores of Lake Maggiore.

The enchanting Borromean Islands are seen to their best advantage from Stresa and can be visited by the efficient public Boat Service.

Last but not least, the gentle slopes of Mottarone, the mountain overlooking Stresa, welcomes sports lovers with its accessible ski runs in winter and its wealth of panoramic hiking trails in summer.