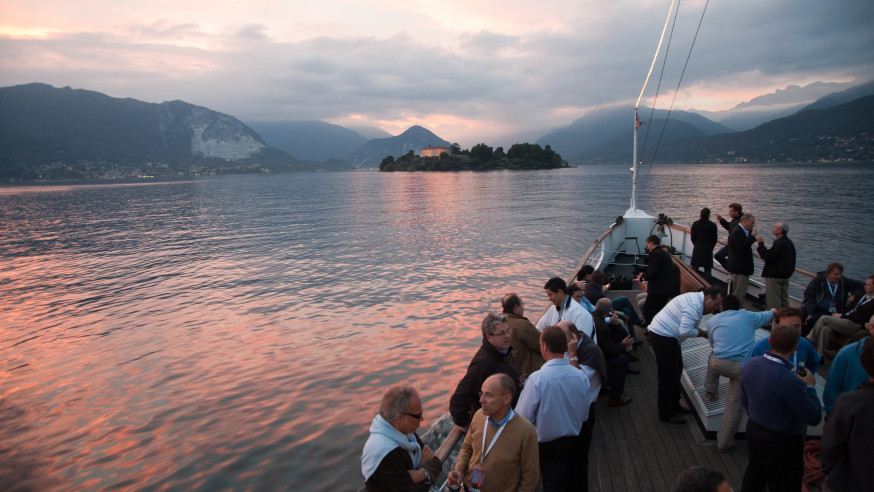 A pleasant and relaxing way to explore Lake Maggiore is by paddle steamer. You can go from Arona to Stresa passing by Santa Caterina del Sasso, or  at any time during the year and between Baveno and Borromeo Islnads.

You can also hire a paddle steamer for an unforgettable cruise by day and night, for parties, meetings with an aperitif or dinner on board Piedmont is a paddle steamer belonging to the fleet of the Navigation, and still operating on Lake Maggiore , was built by Cantieri Escher Wyss of Zurich in 1904 . The ship was launched in the same year as the Queen Mother and September 23, 1904 entered service . The ship is equipped today with a steam engine dual expansion Compound sub ​​horizontal boilers are two steam generators saturated marine type . In 1950, the Government Management in accordance with the law 410 benefited from extraordinary funds for the reconstruction, modernization of the fleet. Thanks to these funds, the steamer is replaced the power supply system of the ovens that represents a shift from coal to oil . In 1965 he re-introduced in the pipeline for updates, browse until 2003 when it is fully restored. After the restoration it carried on the navigation until 2007. After 2007 it is used for special events and private hire. Piedmont is the oldest steamship still in operation in Italy , with sub horizontal two-cylinder engine of 400 hp in total.